KEMPTVILLE, ONTARIO, MONDAY, JULY 19, 2021 – Kemptville District Hospital (KDH) is pleased to announce that Elizabeth MacPherson has been elected Chair of its Board of Directors, and will be supported in this role by Directors Jeff Nolan, who was elected Vice-Chair, and Stephen Saslove, elected Treasurer. The elections took place at the hospital’s 61st Annual General Meeting, held June 24, 2021.

In addition, the Board is pleased to announce three new Directors, who were welcomed to the Board in January 2021: André Carrière, Shawn Mincoff, and David Thompson. 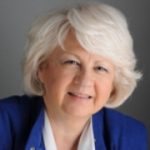 New Chair Elizabeth MacPherson joined the KDH Board In 2017, bringing a wealth of experience in industrial relations and law. She was Chairperson of the Canada Industrial Relations Board from January 2008 to December 2014; prior to that appointment, she was the Director General of the Federal Mediation and Conciliation Service. Ms. MacPherson holds a B.A. in Industrial Relations from McGill University and an LL.B. and LL.M. from the University of Ottawa. In 2012, she was awarded the Queen Elizabeth II Diamond Jubilee Medal for her contribution to labour relations in Canada. She has served as Vice-Chair of the KDH Board’s Governance Committee for the past two years.

Ms. MacPherson succeeds Robert Morais, who has brought three decades of diverse business experience to the KDH Board as an entrepreneur/founder, a leader within a corporate group, and a facilitator of funding solutions for large corporations. Mr. Morais joined the Board in 2014, serving as Chair of various committees before being elected Board Chair in 2018. Mr. Morais remains on the Board as Past Chair.

As the Board’s new Vice-Chair, Jeff Nolan brings an in-depth understanding of technology and its alignment with business operations, gained over 20-plus years’ working in the high tech industry in both Canada and the United States. A senior sales and transformation leader, he is currently Associate Partner, Advise Move & Build, Public Sector, with IBM Canada, responsible for supporting Canada’s digital transformation and Journey to the Cloud. Mr. Nolan joined the KDH Board in 2018.

Stephen Saslove is reassuming the Treasurer role, which he held from 2018 to 2020. He is a semi-retired Chartered Professional Accountant who acts as an independent financial consultant and Certified Executive Coach. Mr. Saslove owned and operated an independent auditing, accounting, taxation and management consulting practice for 30 years, merging with McCay Duff LLP in 2013 and retiring from public practice in 2014. He joined the Board in 2016.

Mr. Saslove succeeds outgoing Treasurer Peter Currie, who has completed his full term on the KDH Board, having been first elected in 2012. For nine years, Mr. Currie shared his financial expertise gained over the course of a distinguished career, which included serving as Chief Financial Officer of two of Canada’s largest and most complex global organizations: Nortel Networks Corporation and the Royal Bank of Canada. He served as Board Treasurer from 2013 to 2018, and again in 2020 to 2021. 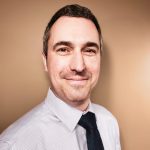 New Board member André Carrière is currently Manager, Health Security and Regional Operations, with the Public Health Agency of Canada. A Registered Nurse by training, he is an expert in Quality Improvement and Patient Centered Care with more than 17 years’ experience in the mental health field. Mr. Carrière holds a Masters of Health Administration from the University of Ottawa in addition to his R.N. credentials, and is a Certified Health Executive with the Canadian College of Health Leaders. His past volunteer experience includes serving in various roles with the Orléans-Cumberland Community Resource Centre and on the Board of Governors of St. Lawrence College. 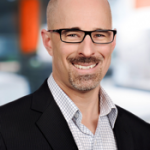 Shawn Mincoff is a Chartered Professional Accountant currently advising public and high growth private companies as MNP LLP’s Regional Assurance Partner for the Eastern Ontario region. Mr. Mincoff earned a Bachelor of Commerce degree from Carleton University. He has focused his volunteer efforts on organizations with the highest impact on children, having served on the board of the CHEO Foundation and as a member of the finance committee for Habitat for Humanity; he currently serves on the finance committee for the Canadian Pediatric Society. Mr. Mincoff is excited to continue his community service by bringing his skills to the KDH Board.

David Thompson has an Honours degree in Business Administration from Wilfrid Laurier University. He has owned and operated 12 different corporations in fields as diverse as retail, real estate development, information technology, publishing, and e-learning development. Mr. Thompson was named as one of the top 40 business people in the City of Ottawa under 40 years of age. A recipient of the Queen Elizabeth II Diamond Jubilee medal, he was the youngest person to ever serve as a municipal councillor in the Town of Deep River and the youngest Reeve to ever serve in Renfrew County’s 150 year history. Mr. Thompson has also served as a Public School Board Trustee and most recently as Mayor of the Town of Deep River.

The changes to the KDH Board for 2021-22 were acknowledged at the conclusion of the June 24, 2021 meeting of the Board. CEO Frank J. Vassallo expressed his pleasure at Ms. MacPherson’s election as Board Chair and his eagerness to begin working together, commending outgoing Board Chair Robert Morais for “his sage advice, his leadership, and his ability to leverage the rights skills of the Directors at the right time.”

In turn, Mr. Morais expressed his thanks to outgoing Treasurer, Peter Currie. “Your mentorship and guidance have been deeply appreciated and will be very much missed,” he said. “You are a very hard act to follow,” added incoming Treasurer, Stephen Saslove, “and one of the greatest minds I’ve ever worked with.”

In her new role, Ms. MacPherson thanked Jeff Nolan and Stephen Saslove for stepping up into their new roles, and expressed appreciation to André Carrière, Shawn Mincoff and David Thompson for choosing KDH to be the beneficiary of their expertise and volunteer time in joining the KDH Board.