The Kemptville District Hospital (KDH) Board of Directors is pleased to announce the appointment of Ms. Carolyn Chisholm to the Board, effective June 25, 2015. The Board also welcomes a new ex-officio member, Mr. Robert Noseworthy, who joins in his capacity as the new Chair of the KDH Foundation.

Ms. Chisholm brings two decades of experience in government relations and public policy to the hospital Board. 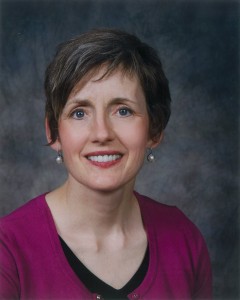 Prior to that, she served in both the federal and provincial governments as a Senior Policy Advisor.

Ms. Chisholm holds a Bachelor’s degree in Political Science, and a Master’s in Public Administration.

In addition to her government relations expertise, she brings  experience with the not-for-profit and health sectors gained in both paid and volunteer capacities, including as a current member of the Ontario Advisory Board for the Terry Fox Research Institute.

When she learned that the skills-based KDH Board was looking for a new member with government relations experience, Ms. Chisholm put her name forward. Acknowledging that volunteer hours are difficult to find, she explained why she chose the hospital Board: “I felt that with my skillset I could make a contribution, and I wanted to give back to the North Grenville community.”

Originally from a village outside Antigonish, Nova Scotia, Ms. Chisholm has lived in Kemptville with her husband and two daughters for 10 years, first from 2000 to 2004, and then from 2009 to the present. Over the years her family has become very connected in the community, she says, thanks to their involvement in youth theatre, hockey, baseball, and their church.

Ms. Chisholm also felt she would be a good fit with current members of the board, pointing out that, “Good group dynamics and chemistry are important in any organization, but particularly in a volunteer organization.”

Ms. Chisholm fills a vacancy on the Board created by Jean-Jacques Rousseau, whose term as Past Chair has come to an end.

In addition to Ms. Chisholm’s appointment, Mr. Robert Noseworthy has joined the KDH Board as an ex-officio member, effective June 25. As the new Chair of the KDH Foundation Board of Directors, he will sit on the hospital Board in place of Hugh O’Neil, whose term as Foundation Board Chair has also come to an end.

The 16-member hospital Board was pleased to welcome Ms. Chisholm and Mr. Noseworthy as its newest members. The Board’s Chair, Lis Angus, commented on the recent changes to its roster:  “I appreciate the ten years of service that Jean-Jacques Rousseau gave to the KDH Board, including his years as Chair and then Past Chair.  Over the years we have worked steadily to strengthen our Board, and Carolyn Chisholm will be a great addition. We are also helped by close co-operation with the KDH Foundation, represented by Hugh O’Neill and now Robert Noseworthy. ”